This site is run and maintained by Brunel Microscopes Ltd

The MX3 has the same optical specification as the mx1 and has the same potential magnification range of x5 to x120 with additional eyepieces and objectives. The objectives are on a dovetail slider which makes changing the objectives pairs very simple, x1, x3, x4 and x6 are available. The working distance at x20 is 57mm.

The MX3 has a raised base accommodating both incident and transmitted illumination systems. The incident lamp is fitted behind the objectives and shines down directly on the specimen area. The lighting is controlled by a rocker switch that allows either the incident or transmitted options to be used alternately. 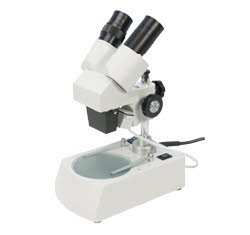